Using ‘Either or’ & ‘Neither nor’ – Correlative conjunctions – Advanced Spoken English lesson 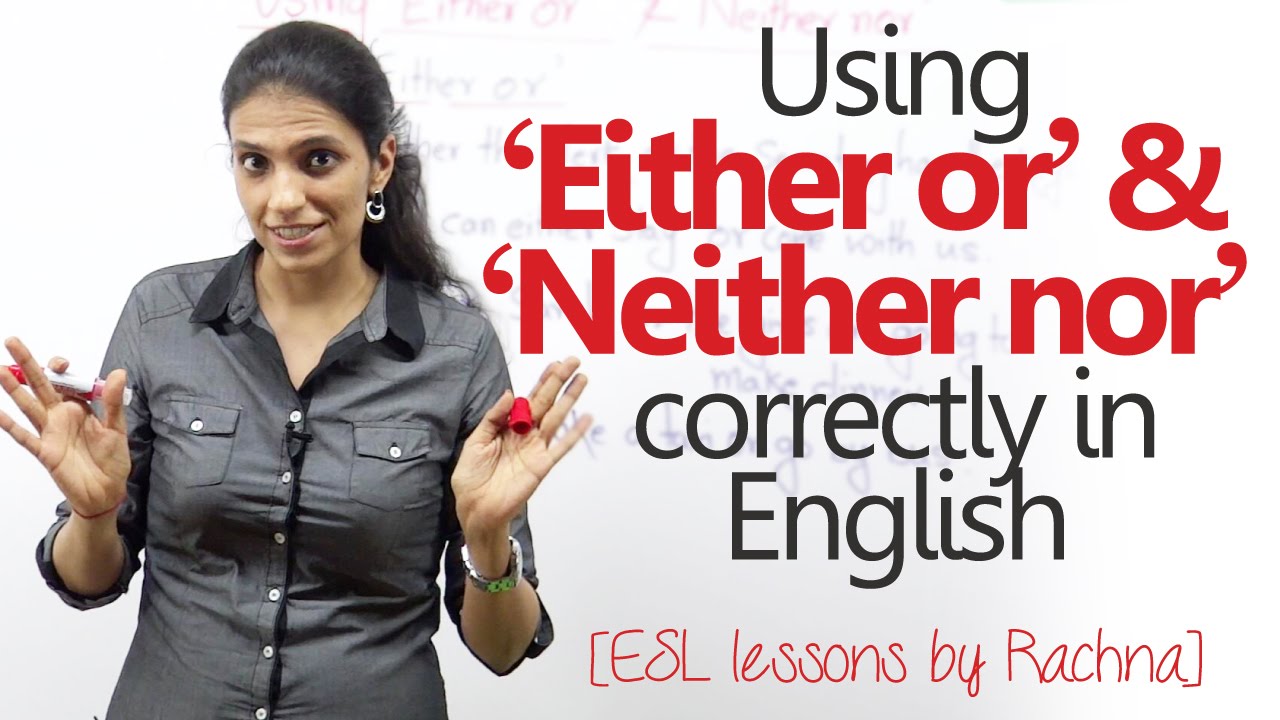 • Example 1: Either the clerk or the secretary has the keys. (one of the two has the keys but you are unsure who actually has them)
• Example 2: You can either stay or come with us. (you can choose from any of the two options)
• Example 3: You either go by taxi or bus.
• Example 4: Either Sarah or the girls are going to make dinner.

Neither-nor: It connects two or more negative alternatives. When we say none of the options are real or true, we use ‘neither-nor’. The verb agrees with the subject preceding it. If the subject is singular, the verb has to be singular. If the subject is plural, the verb is plural.
• Example 1: Neither the café nor the restaurant serves good pizza.
• Example 2: Neither John nor his sister mentioned anything about moving house. ( John didn’t mention anything, his sister didn’t mention anything)
• Example 3: Neither the teacher nor the students were in the class.
• Example 4: Neither John nor Mike likes doing dishes.