Tower of Hanoi, 8 disks. Only 255 moves requires to solve it. 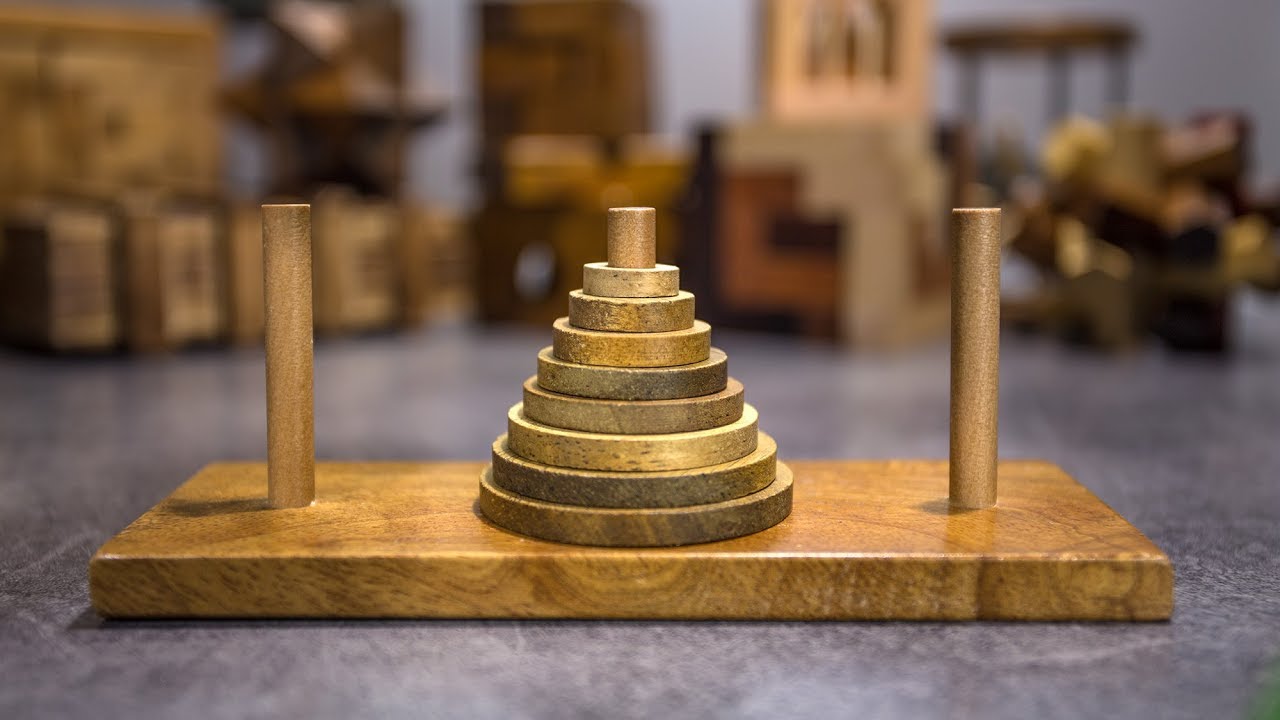 The famous Towers of Hanoi puzzle, invented by French mathematician Édouard Lucas in 1883. I will show easy trick which helps to solve the puzzle with minimum steps.

As a thank you for all those who are coming from my videos Puzzlemaster offers Worldwide Free Shipping on orders of $99 and over using the coupon code available here:

If you want to buy The Tower of Hanoi and support my channel, use these links:

Subscribe to my channel so you do not miss anything.