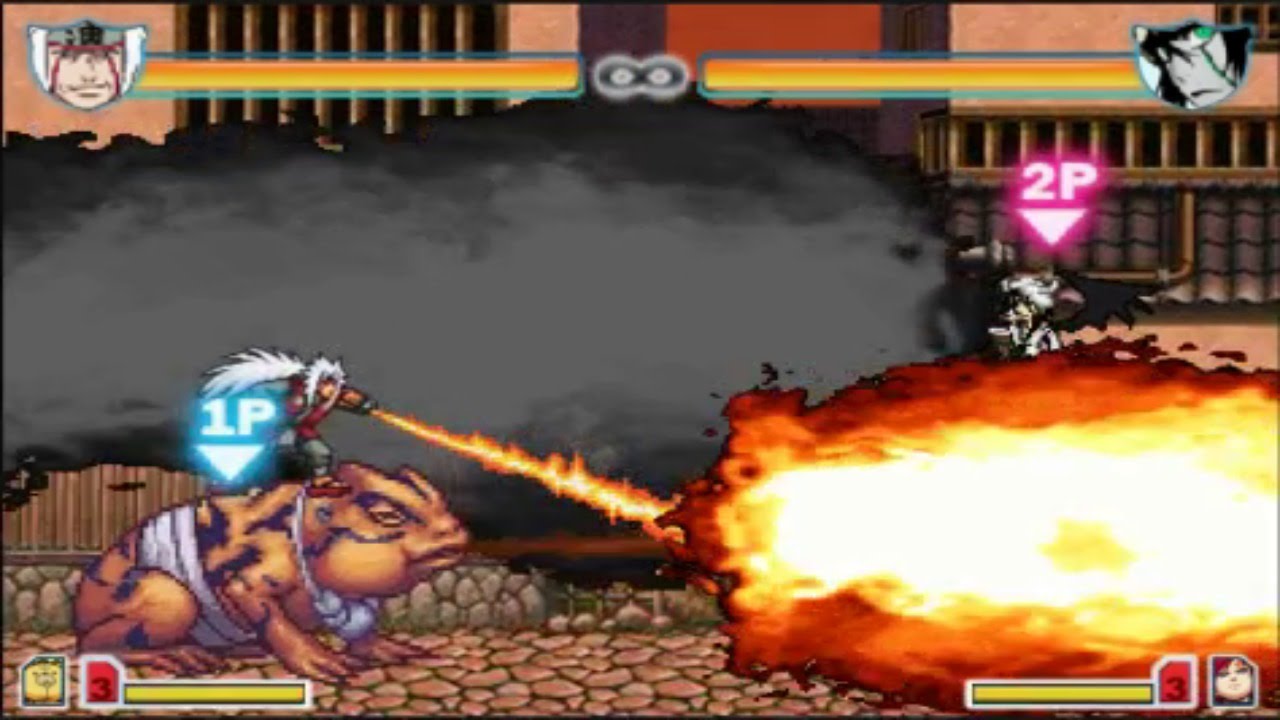 Bleach vs Naruto 2.5 – Jiraiya vs Ulquiorra Cifer. Thumbs up if you liked.

Highly anticipated by fans, this version 2.5 of Bleach vs Naruto adds four new characters (two main and two assistants), bringing to 38 the total number of playable characters. First, the whole Taka team joins the fight. Composed of Jugo, Karin and Suigetsu Hozuki, it was created by Sasuke Uchiha in order to locate his brother Itachi. Bleach is not left out with the adding of the proud and prickly Soifon, the commander-in-chief of the Onmitsukido and the captain of the 2nd Division in the Gotei 13.